I was quite tense as I was driving to my photo session in Palos Verdes at Terranea.  This session was rescheduled once already and it was two days before Thanksgiving.  Although the weather had been great with clear sky and pretty clouds all day, as it got later, the cloud started to get thickened and turned gray.  It was particularly gray and thick right over Palos Verdes Peninsula. I was worried. I was looking forward to late afternoon light dancing through leaves and hills and golden glow around my subjects like the previous session in October. Sure enough, once I arrived at the location, the sky was gray and it was windy and cold.  My models shivered in their thin sundresses, but I had to keep looking relaxed and in control.
As I proceeded with the shoot, I realized how much light dictates how I approach the shoot. Without the direct sunlight, I had to think quickly to make my pictures more interesting. And surprisingly, it felt freeing.  Now, I was able to get the turquoise ocean and sandy rock wall in the background without worrying about my models squinting their eyes. I was looking around more coming up with different positions which I never thought of before.  Never before because I was always following the light. The location was perfect for this gloomy afternoon, the sandy rock wall and light rocks on the beach reflected light to my models' faces.
Additionally, my family was older, so I didn't have to chase them around so much.  The kids took my directions and this allowed me to take time and switch around aperture. I LOVE wide aperture.  If I can take all the pictures at f/1.6, I would.  Often when I work with younger kids, this is quite difficult.    I took many groups shots in f/1.6 and f/3.5 and seeing pictures in these two apertures renewed my love for one point six even more.  See for yourself. 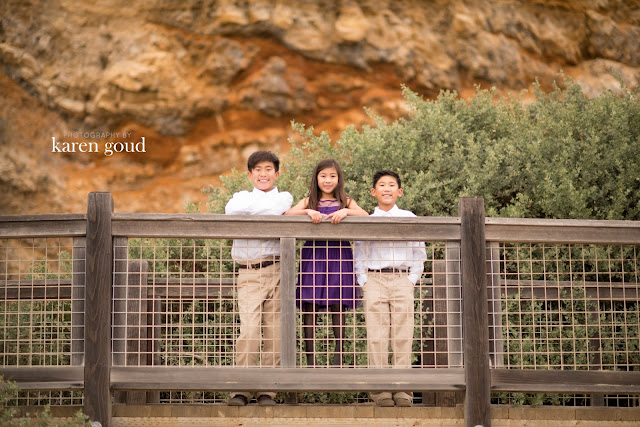 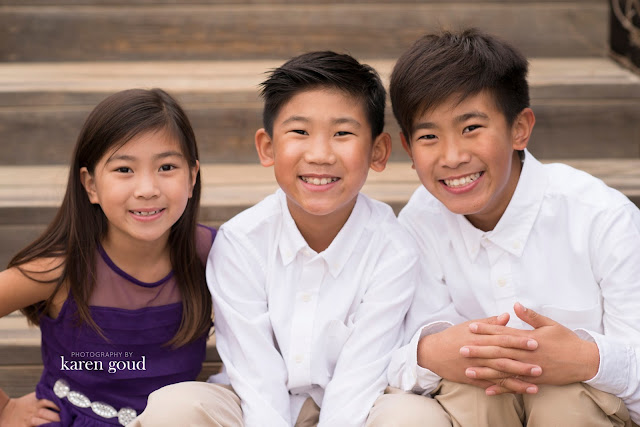 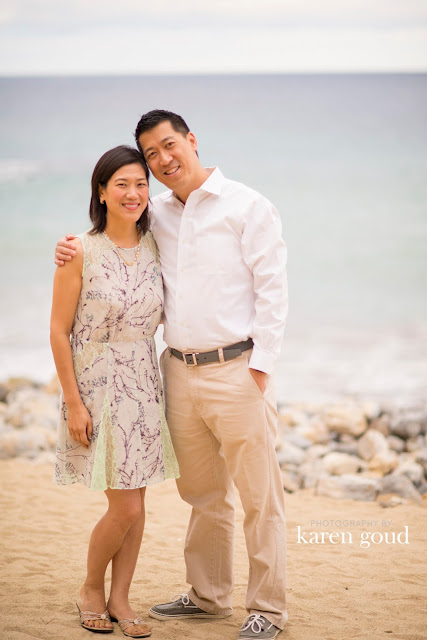 Posted by Karen Goud Photography at 11:28 AM No comments:

I loved photographing Family B. Their body language says it all.  The love they have for each other is so heartwarming.  I think I had more fun editing photos than actually taking them which is usually the other way around.  As I was going over each picture, I couldn't help but notice how connected they are with each other and kept saying "Awwwwww!" out loud.  I mean, look at these two.  L had the biggest smiles and laughs when his grandfather was around. As the session progressed, L got tired and was giving me the poker face, but mom and dad tried pretty hard to get a smile out of L. And it worked! 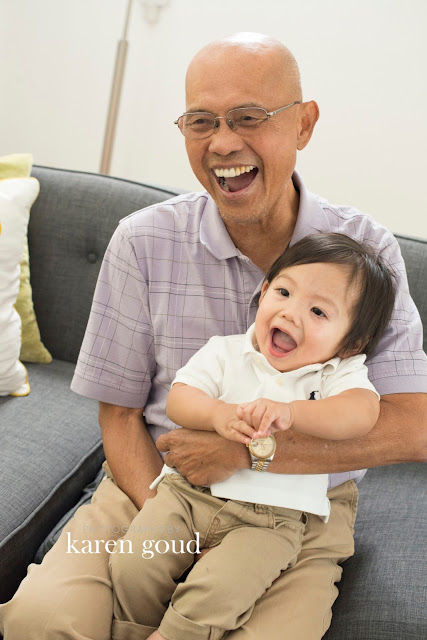 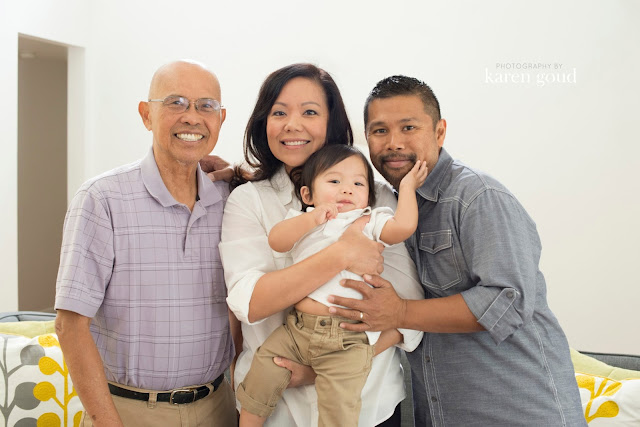 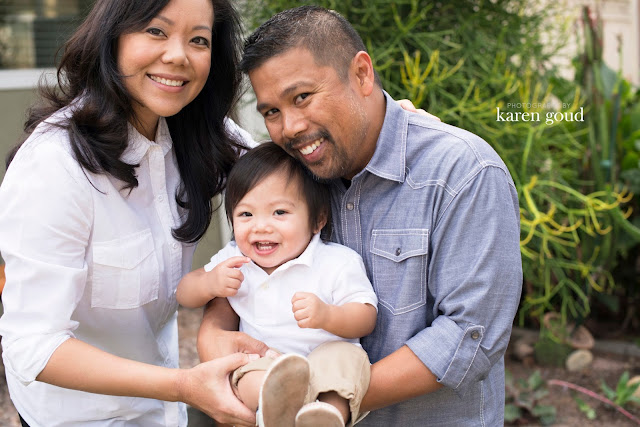 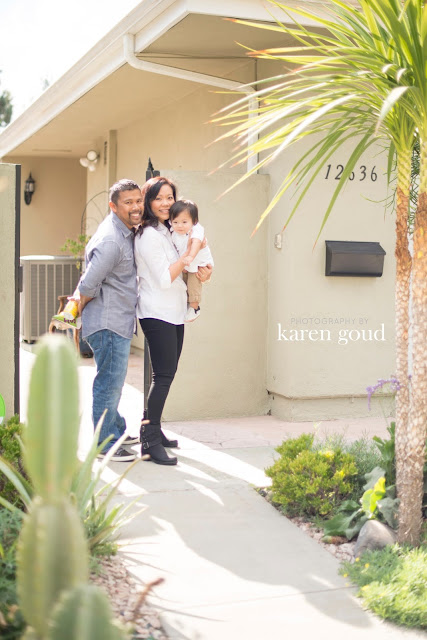 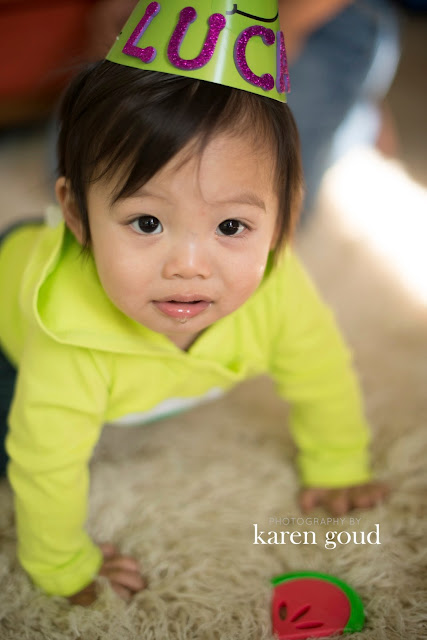 Posted by Karen Goud Photography at 7:43 PM No comments:

After skipping out on the family picture last year, I made sure to get a group shot for this year's holiday card.  It's challenging to get a group shot, but I now have a remote.  So I had set up a tripod and clicked away. Getting a group picture taken with teenagers is much harder than with one year old in my opinion.  They are awkward and so self aware. In addition, we had other issues to deal with. Ian didn't want to take off his headphone which he wears at all time.  At first, we tried to get him to take it off, but there were his fingers covering his ears in place of the headphone.  We quickly gave in. I mean, it is how he looks all the time.  That is part of him. So here it is.  2015 holiday card photo. 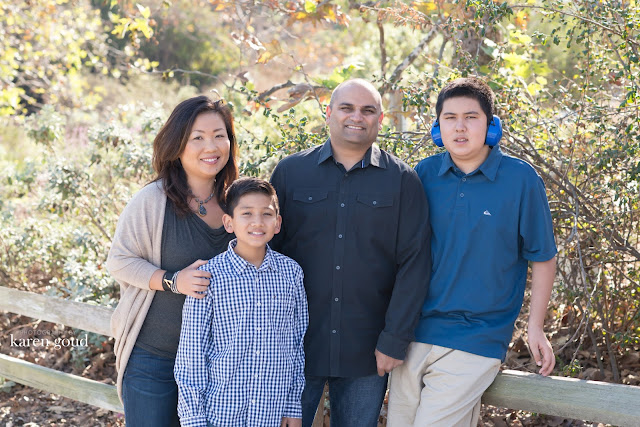